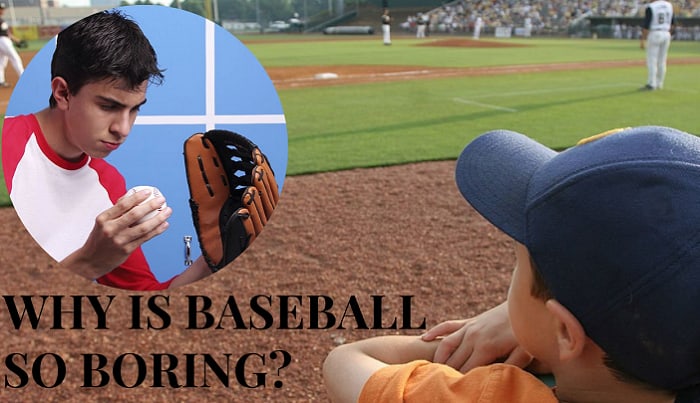 If you want the thrill, watch sports! However, not all sports are the same for everyone. Many people enjoy baseball, but others do not seem to find the fun in it. So, why is baseball so boring to certain people?

Baseball games seem to be a drag to some because games and seasons are too long, and there is too much “dead air” during the game. You will fail to appreciate most of what is happening on the playing field.

Now, let us dig deeper and understand why these criticisms have labeled baseball boring.

Try asking someone who dislikes baseball why they do not love it as much as other sports. You will be surprised to hear that the common reason is that the games are too slow and too long!

Baseball has been around for over a hundred years in the world of sports. And the sheer length of its existence would have been enough to keep fans looking for more games.

Two hours spent watching a game is already too much, but now the average playtime is three hours!

The trend for MLB baseball games seems to be going in the wrong direction.

Bullpen substitutions are allowed and are an excellent way for teams to strategize. But they sure slow down the games!

Aside from this, mound visits make unnecessary length to the baseball game without the added excitement that fans want.

The players have long accepted this culture of slow pacing. Teams think that slow pacing can give them a better time to decide upon their moves in the game.

Now, the game coordinators try their best to impose rules that would shorten the games. Of course, they would need to keep up with the changing needs of the sports community.

The officials thought they could make the games more efficient with the help of the umpires, limiting warm-up pitches or pitcher substitutions. However, it is still ineffective, and still, Many first-timers find the games boring due to its length, compared to other sports. 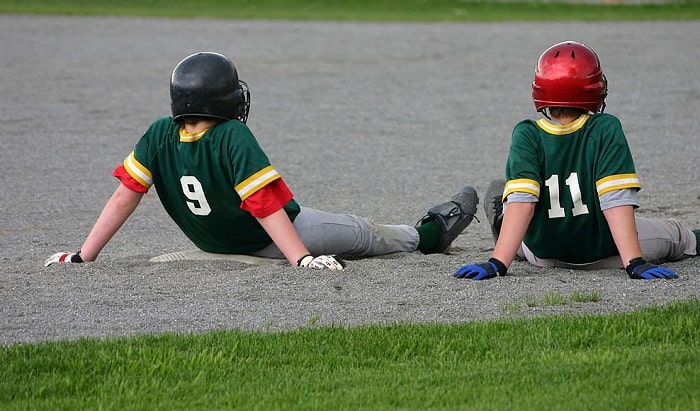 In connection to the game’s length, why does it take that long? Other sports last a lot shorter than an average baseball game but are enough to declare a winner or showcase the athletes’ talent.

Indeed, you have seen how other sports are played. Basketball and football end when the time on their clock stops. Volleyball, tennis, and badminton end when the player fails to receive the ball from their opponent’s side.

But in baseball, a set of nine innings can be completed without having a clock timer. The innings will go on and on, regardless of the time, because players are not bound by any rule to play faster!

The rule we know in baseball is the classic “three strikes; you’re out!” But no one said anything about a time limit for doing so.

Simply put, there is no sense of urgency. Whether the pitcher takes 10 minutes or even a whole hour to make the batter get three outs does not really have bound rules.

Baseball Games Do Not Have a Lot of Action

Action makes a sport something that will make you jump out of your seat with glee. Baseball’s sheer length and lack of time constraints seem too anti-climactic.

Baseball fans would love to see what the batter can do or what kind of pitch the pitcher would throw. They would also want to see the ball fly over a home run!

Yes, these do happen in a baseball game. But baseball is a boring game because the ball action scenes do not happen much in its three-hour-long games.

A typical baseball game involves players standing around idly 90% of the time! If we do the math, players will only have action-packed plays for 18 minutes in an average three-hour game.

When was the last time you sat idly and did nothing? Or do you remember a time when you were just waiting for something without the luxury of doing anything? This is precisely the feeling you get with a baseball game that is very slow and dull.

In contrast to other sports like hockey and boxing, each moment is filled with action when the time is ticking, or the ball is moving. Baseball not having this kind of pacing leads to MLB losing fans.

Is baseball fun for the fans if a season would take this long? Discussions on various Reddit threads prove otherwise.

Fans point out that each baseball season is too long. MLB has attempted to capture the attention of fans, but a season takes 162 games!

Home Runs Are the Pinnacle of Excitement in Baseball Games 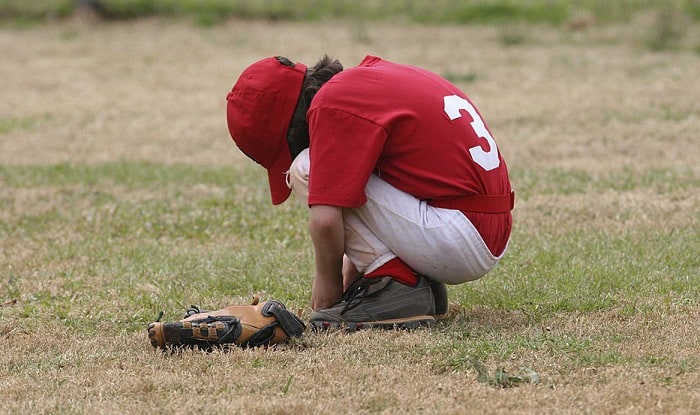 As much as home runs are truly the most anticipated part of a baseball game, it makes baseball boring because that is all there is to it.

Compilation of baseball games and the highlights would mainly consist of amazing pitchers that score a home run. The attention poured on home runs makes baseball organizations focus on finding and training talented hitters.

Baseball game analytics in sports betting and new fans are now paying attention to power and generating home runs. Putting too much attention on home runs decreases the excitement and importance of other parts of the game.

Celebrations Do Not Really Happen

What better way to engage fans and make the games feel more festive than celebrating after every win?

Sadly, another thing that leads to baseball losing fans is the lack of celebrations. It is just not in the baseball culture to have grand celebrations for players.

Bryce Harper, a baseball outfielder, mentioned that baseball is a game that cannot keep up with other sports because players cannot express themselves. This tradition of not celebrating personalities really breaks the spirit of both the athletes and the fans.

Hopefully, something could be changed here to fire up the spirits and engagements of baseball fans.

Not Everyone Knows Baseball’s Know-Hows

One of the most logical reasons to label baseball dying is that not many people know about the nitty-gritty details of the games.

If you do not know the game’s rules, it would surely be boring if you watched players standing idly for a long time. Or, you might say baseball is boring because all you see are pitches and swings without really knowing the differences in types of throws.

Similarly, sports enthusiasts would not feel enticed to study the game further because other sports could be more adrenaline-pumping and exciting than baseball.

Why is baseball so boring? You already know several reasons mentioned above that make this sport less thrilling than most.

Also, the MLB fails to keep fans hooked because of the boring game mechanics, lack of time pressure, and little to no fan celebrations to look forward to.

Each sport is indeed unique from one another. But baseball’s combination of rules and tradition is indeed boring to many.