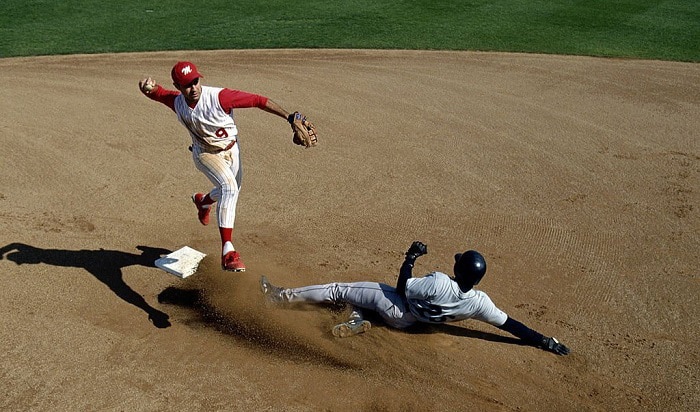 Different scenarios in baseball can put out more than one player in a single hit. These are called double plays, the most common of which is a ground into double play.

So, exactly, what is ground into double play in baseball? It is a batting scenario that creates multiple outs. For instance, this happens when a batter hits a ground ball with a runner on any of the bases. In most cases, the runner is on first base.

What Does GIDP Mean in Baseball?

GIDP is simply an acronym for “Ground Into Double Play.” Sports writers, commentators, and baseball analysts often use this shortcut to refer to any ground ball that results in a double play during a game.

GIDP is among the standard stats reflected in baseball stat sheets. To understand the GIDP baseball stat better, let us look beyond just what the letters stand for and provide a clear definition for each.

G stands for the ground and indicates that that ball batted is a ground ball.

Now, let’s move on to the DP baseball meaning. DP stands for double play and refers to any scenario wherein two outs result from the same play.

When Can a GIDP Occur in Baseball? 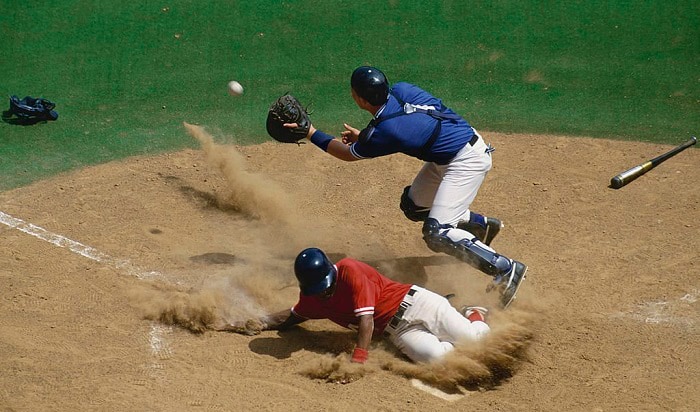 As mentioned earlier, the most common scenario for a GIDP is when a batter hits a ground ball with a runner on first base. However, a GIDP can also result when a runner or runners are on second or third base.

For instance, a runner on second or third base may try to steal a base when a batter hits a ground ball. Fielders may opt to tag the runner first, then throw the ball to first base or vice-versa.

A GIDP can also occur with all bases loaded. In this instance, the fielder will usually throw the ball to the catcher to force out the runner coming in from third. The ball is then fielded to first base to put the batter out.

Why Are Double Plays in Baseball Indicated in Numbers?

Double play baseball numbers make it easy for everyone to know the story behind each play. If you’ve been watching baseball for some time now, you’ll know that each defensive player is assigned a particular number.

For the benefit of those who aren’t familiar yet with the numbering system in baseball, here are the numbers assigned to each position:

The numbers representing a double play simply indicate who among the fielders participated in that particular play.

Furthermore, the order in which the numbers appear depicts the succession of the events that resulted in the double play.

To cite an example, a 6-4-3 double play is among the most common types of GIDPs in baseball. This usually happens when there is a runner on 1st base.

What Are Other Types of Ground Into Double Play? 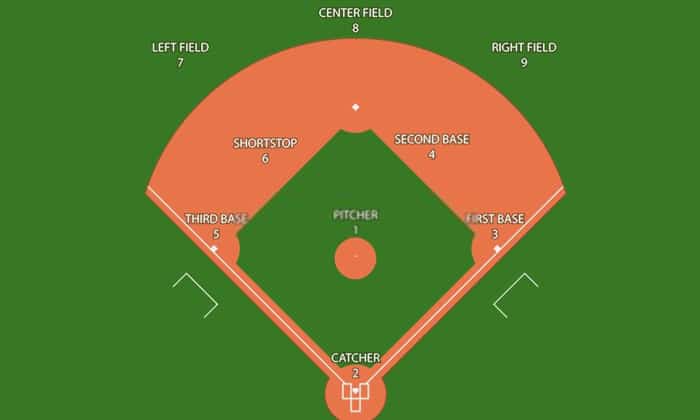 While a 6-4-3 is the most common type of GIDP you’ll see in amateur baseball and the MLB, there are other scenarios that can result in a ground ball in double play.

With a runner on 1st base, a 4-6-3 double play scenario will have a center ground ball fielded by the 2nd baseman (4) who throws it to the shortstop (6) covering 2nd base. The shortstop then throws the ball to the 1st baseman (3) to retire the batter.

With a runner on 1st base, a 3-6-1 double play in baseball will typically have the 1st baseman (3) field a ground ball hit to the right side of fair territory.

With a runner on 1st base, a 3-6-4 double play usually arises from a bunt fielded by the 1st baseman (3) to the shortstop (6) who is covering 2nd base to put out the base runner. The shortstop then throws the ball to the 2nd baseman (4) covering 1st base to retire the batter.

GIDPs add so much excitement to every baseball game. Ecstatic players dart across the field in elation and the entire stadium breaks into loud cheers every time a ground into double play is achieved.

Understanding different playing scenarios can make things more fun and interesting when you watch baseball. We hope this article has given you a thorough explanation and sufficient examples for your question, “what is ground into double play in baseball?”